Dog poisoning in Bacolod City is now rampant as robbers tried to break in into their targets’ house, says the Batch Project PH.

“BACH (Project PH) volunteer’s friend’s 12 rescued dogs were barking loudly. When she went out to check, she found five of her dogs lying on the grass, DEAD with foams on their mouths”. 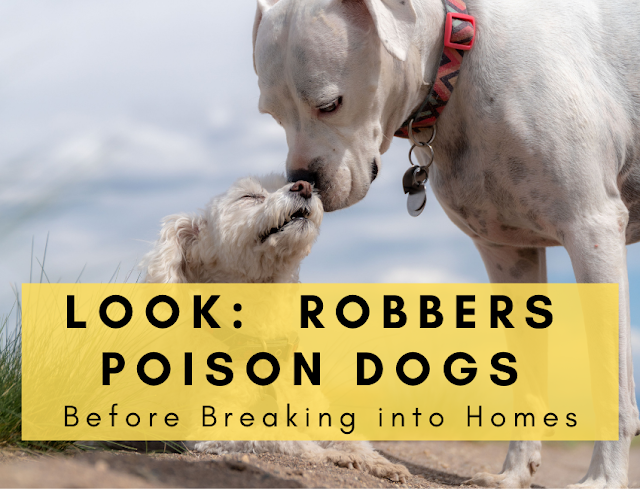 It turned out, pieces of bread with poison were thrown out for them to eat. Moreover, they discovered that the gate hinges were covered with oil so that when the gates are opened, it will not create unnecessary sounds.
The BACH Project PH FB post was riddled with various comments.
Most commenters surmised that these difficult times call for desperate moves. Some people resort to killing pets and stealing other people’s property to be able to put somethingin to their stomach.
Read this comment: “Amo na ni epekto sang lentek nga MECQ ni. wala ayuda gin hatag ang tawo mapilitan mangawat. pati mga ido dalasa pa!”
Translation: This is the effect of the MECQ (Modified Enhanced Community Quarantine), people were not given government assistance, so they are forced to rob. Dogs are easy prey as well.
Other commenters were bold to suggest that these heartless creatures deserved nothing less than what these dogs suffered.
“Pagka madakpan na mga tawo nga ga png hilo pakaunon man cla hilo, mga kampon ni Satanas na cla”, one commenter said.
Translation: When someone is caught poisoning dogs, he should be poisoned as well. They are Satan’s followers.
Incidence of dog poisoning was reported in Capitol Village, Eroreco Subdivision, and Villa Angela Subdivision Lizares Subd Phase 1, Taculing, and Villa Valderama Subdivision.
BACH Project PH advises dog owners to be cautious and take good care of their dogs. Dogs should not be allowed to go out of the house premises unattended.
BACH Project PH is a non-profit organization that advocates the humane treatment of animals in a non-judgemental and safe environment. 10 Dog Essentials For a Heathy and Happy Dog